“Have you ever had a major life-changing experience?”

I was told that I had a terminal lung disease called IPF and when I googled it I found out that life expectancy was 1 to 5 years.

I was devastated and I cried like a baby! I had beaten pancreatitis twice, I had battled breast cancer and won, now I had been told I had a terminal lung disease and there was nothing I could do about it…. That was in 2015.

Marilyn retired early, her husband retired early and as they could no longer afford to live on the small island of Jersey they had to find somewhere else to retire. They Googled where the cheapest place was to buy property – Neath! So they drew out their savings, bought a house and moved to the beautiful part of South Wales called Bridgend.

Marilyn registered with a doctor and he sent her to the hospital where they started the usual rounds of tests. Then the most amazing thing happened….

They told Marilyn in their opinion that she did not have IPF…..

They believed the damage to her lungs was due to the radiotherapy she had received after having had breast cancer in 2007!

To say she was over the moon was an understatement!! She now had all this wonderful spare time to do whatever she wanted!

It was a suggestion from Steve, one of her brothers, that she make a family of teddy bears and write a children's book about them.

For years she had thought about having a go at writing children's books but had never found the time.

It didn’t take long for Marilyn’s imagination to take off and so the adventures of her cute little teddy bears started taking shape.

She crocheted a teddy bear, yes a teddy bear, then another, until she had 12 teddy bears and she called them the Jolly Jangles. She then wrote a children’s picture book all about them and in rhyme too! Marilyn self-published it on Amazon in April!

All illustrations in the Jolly Jangles book are designed by Marilyn using the wonderful photographs that Michael took of the teddy bears along with the background pictures that she took. She has written all of the poetry in the book too. She has an amazing daughter called Chloe who has helped her with all of the marketing of these wonderful Jolly Jangles. It is truly a family affair

She still has a long way to go but is learning fast and loving every minute of it! If you are interested in finding out more then Google ‘Meet the Jolly Jangles’ or alternatively click on this link to go to Amazon:- https://www.amazon.co.uk/dp/1798552191

Marilyn enjoys making greetings cards and gets involved in many other craft projects. Her enthusiasm is endless and you can find examples of her work online - mc-creations.co.uk – oh and she designs websites too!

Follow Marilyn's journey as the stories of her Jolly Jangles unfold, watch them grow with your child, enjoy each character and make them part of your own family.

“I have this new lease on life, I have an amazing family to share it with and I have made lots of new friends too. Life is just beautiful“ 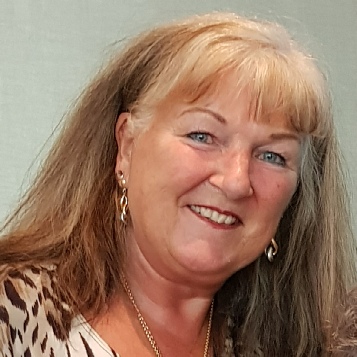